Native Americans played the same role as many other Americans who entered into World War II. They enlisted, fought in battles, suffered wounds, many were killed, some were captured, and some received medals.

This manuscript—available at AccessGenealogy.com—provides stories of these brave men and women who fought during World War II; casualty lists, POWs and KIAs. It also takes a brief look at the important Navajo code talkers role in the war.

Native American History and Genealogy
Check out the links on this AccessGenealogy.com page to such topics as Indian Tribes of U.S., Black Genealogy, Cemetery Records, Census Records, Databases and Military Records.

The Dawes Rolls
This roll lists those accepted between 1898 and 1914 by the Dawes Commission as members of these five Indian tribes: Cherokee, Creek, Choctaw, Chickasaw and Seminole. A link to the rolls is available here.


In 1917 and 1918, approximately 24 million men living in the United States completed a World War I draft registration card. These cards represent about 98 percent of men under the age of 46. The total U.S. population then was about 100 million so nearly 25 percent of the total population is represented in these records. This database can be an extremely useful resource because it covers a significant portion of the U.S. male population in the early 20th century.

If you had family in the United States at this time, you are likely to find at least one relative’s information within this collection. These records often contain significant genealogical information such as exact date of birth, birthplace, citizenship status, and information on the individual’s nearest relative. Access the cards at Archives.gov.

This image shows a World War I Draft Registration Card and what it contains on it.

It's a struggle to know where to start when trying to find Native American ancestors. We will be sharing ten places to begin your search over the next few days.

In 1880, enumerator instructions directed census takers to include Native Americans who were “not in tribal relations” and living among white residents on the general population schedules. They were not to record “Indians not taxed”—that is, Native Americans who were nomadic or lived on government Indian reservations. These individuals were enumerated in a separate census that year. This database contains images of 1880 census schedules.

We offer Ancestry Library Edition free for patrons to utilize here in the library.

In 1884, the U.S. Congress authorized an Indian census be taken annually. In 1885, many of the tribes started taking it and continued to do so until 1940. Not all tribes complied. These rolls record the name of the Indian and other information, as well as deaths in previous years—giving date of death.

Indian censuses are important because these contain both the Indian and given name of an individual. The later rolls contain more pertinent genealogical data.

Also available online free, but not indexed, most of the rolls done after 1900 are in alphabetical order and were typewritten, making searches easier. Visit AccessGenealogy.com to find them. 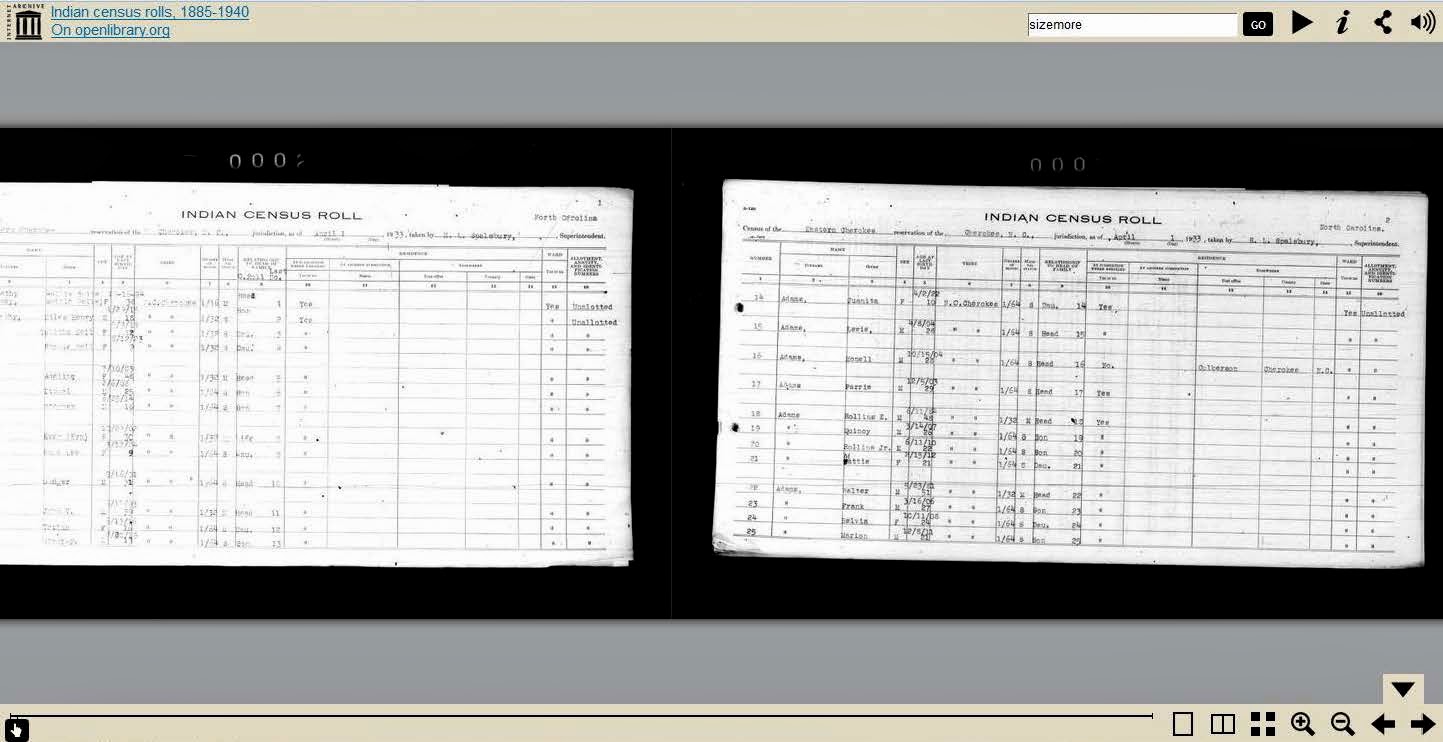 Obituary Records can be a fantastic source of information for genealogists.

They often contain much more information than just a death record. In the late 19th and early 20th centuries its not uncommon for people to have incredibly long obituaries telling practically a person's whole life story.

Obituaries are the few final written words that provide glimpses into the lives of ordinary people and allow us to look at our own lives and times.

Click on the newspaper image to visit the library's obituary databases: