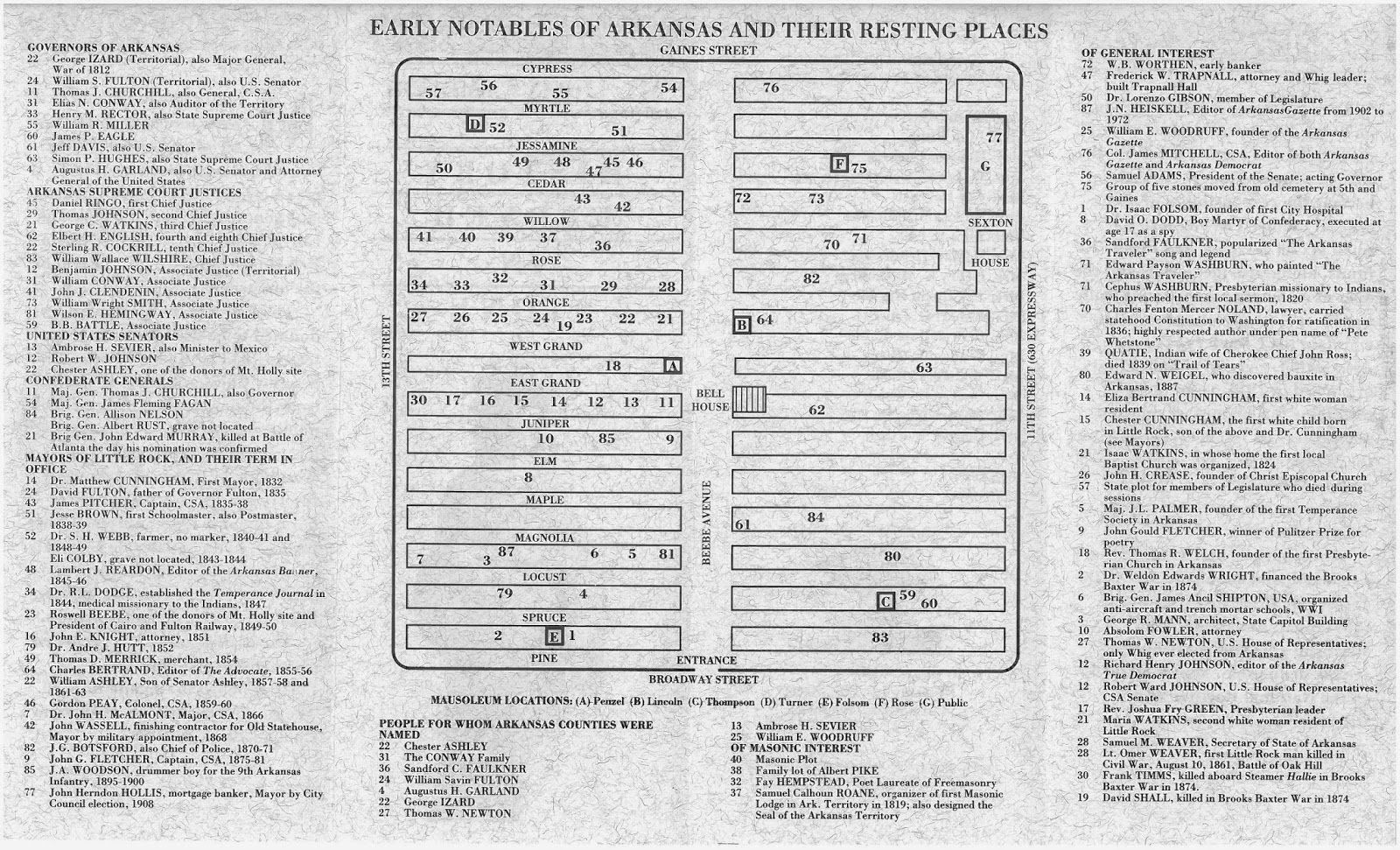 Mount  Holly Cemetery is a park-like oasis in the center of and owned by the City of Little Rock.  Flowering plants, shade trees, berry bushes and honeysuckle give it a pleasant, restful atmosphere enhanced by  a Bell House built around the end of the nineteenth century.

The four square-block area was donated to be used as a city cemetery in 1843 by Roswell Beebe and Senator Chester Ashley.  It has become the final resting place of such a number of notable Arkansans that it has earned the nickname "The Westminister Abbey of Arkansas."  Interred here are ten state governors, thirteen state Supreme Court justices, five Confederate Generals, twenty-one Little Rock mayors, several newspaper editors, military heroes, physicians and attorneys.

The earliest birthday recorded on its stones is that of Peter LeFevre, born in Canada in 1750.  The first interment was of William Cummins in April 1843.